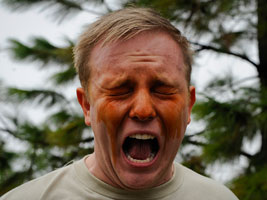 Not every dangerous situation calls for deadly force, which is why having access to different non-lethal weapons is useful for self-defense.

Plus, there are plenty of folks who choose not to carry a gun with them for one reason or another.

Thankfully, the non-lethal weapons we have access to these days can still pack a serious punch and drop attackers in seconds.

It’s true that the effectiveness of non-lethal and “less-than-lethal” weapons is open to debate, but the fact of the matter is that any weapon is useless if you can’t (or won’t) use it.

If someone feels more comfortable carrying a non-lethal weapon in public, then that’s their choice. My goal is simply to raise awareness about the wide range of available to people who make that choice.

Plus, even if you carry a gun with you, it’s always good to have a backup around.

Just note that some states even have laws against the non-lethal weapons below. So do your homework before purchasing any of the items on this list. 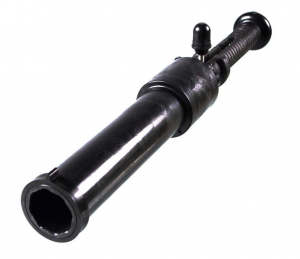 Police officers have been using bean bag guns for non-lethal crowd control for decades, and now civilians can purchase similar tools like the ARMA-100.

With a 20-foot range, this bean bag gun is a great non-lethal device for self-defense as it allows you to bring down an attacker before they get too close.

Tasers are another non-lethal weapon that offers users a bit of range as they can be deployed from up to 30-feet away.

If you’re unwilling or unable to get a gun, but still want the ability to defend yourself quickly and effectively, then the Taser is a good choice.

Stun batons give you an extended reach to keep attackers at bay and can deliver a powerful electric shock to anyone who comes into contact with the shaft of the weapon.

Personal alarms are loud, attention-grabbing sirens you can activate at the push of a button.

Discreet and lightweight, these ear-piercing alarms can go just about everywhere with you to help ward off both human and animal attacks. 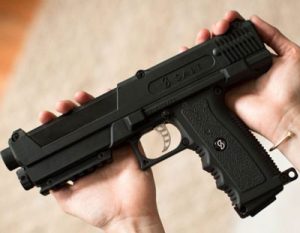 The gun design gives users greater range and improved aim, and many pepper spray guns also cut down on the risk of blowback.

There’s a lot of variety when it comes to these weapons. Some of the guns look more like water pistols while others like the s1 by Salt Supply resemble traditional firearms.

Bonus: Another less-than-lethal gun to have around is a pellet gun. Read this article to see why we think you should add one to your survival arsenal. 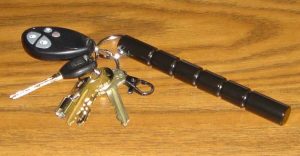 A kubotan is like a handheld bat you can connect to a keychain.

Due to its size, the kubotan is really only useful for close-quarters combat, but one solid whack to your any sensitive spot on your assailant’s body should give you time to escape their clutches. 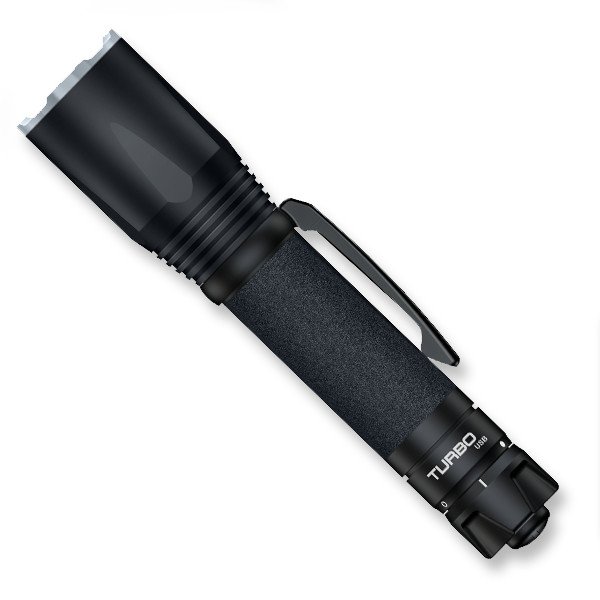 A blindingly light tactical flashlight can help temporarily blind an attacker and give you time to flee.

If things do get up close and personal, most tactical flashlights include a serrated or toothed bezel that can be used as an improvised striking device.

Click here or on the image above to learn more.