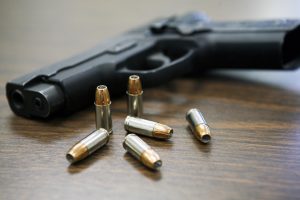 Dry fire practice can help you make the most out of your firearms.  Guns are great survival tools, but any gun owner knows that a firearm can quickly become a liability if it falls into the wrong hands.

And the “wrong hands” doesn’t mean having your gun stolen or misused. Even a responsible gun owner using a legally-owned firearm can cause unintended harm if they aren’t skilled at actually firing their weapons.

Being prepared doesn’t just mean owning a gun – you have to know how to use and how to shoot accuracy.

Becoming a better shooter is a skill, and like any skill, practice makes perfect. The problem many people encounter when trying to get in practice with their guns is the lack of time and ammo.

Luckily there is a convenient and safe way to become a better shooter without using up all your ammo.

Before we get into dry fire drills and how they work, it’s important to note that practicing the wrong technique won’t help anyone get better at anything.

That being said, if you’re a novice shooter, you should consider getting some professional instruction before you try dry firing on your own.

This isn’t to say that dry fire drills are only for beginner shooters. Shooting is a deteriorating skill that requires consisting practice to maintain.

Dry firing enables shooters to both improve and maintain their skills while away from the shooting range.

Note: Are you currently stockpiling ammo? Learn our top ammo storage tips to ensure your ammo is ready when SHTF. 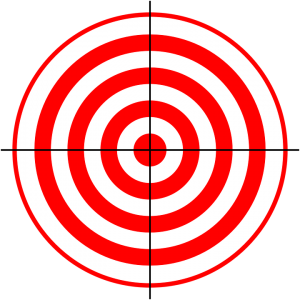 Dry fire is the act of using an unloaded firearm to practice shooting. Dry firing is an effective way to train your body to smoothly pull the trigger on a gun without flinching and moving the sights off target.

Dry firing helps shooters build up muscle memory that they can call upon at the range and during emergency situations.

Below is a short video that goes over a basic dry firing drill.

What’s great about these drills is that they don’t use up any ammo which saves you time, and you can complete the drill in practically any location.

If you’ve never tried dry firing before you may be surprised to learn that it’s a technique many professional shooters, law enforcement agents, and military personnel depend on.

Dry Fire Tips from the Pros

Even though the point of dry firing is to practice with an unloaded weapon, you’ll still want to observe all the basic gun safety rules.

Remove all ammunition from your gun. It’s also a good idea to take those bullets and put them out of reach from your practice area.

Even though your gun is unloaded, you should still never point it in the direction of anything you aren’t willing to destroy.

This extends to things beyond your target as well. You can practice dry firing in your own home, but be careful that you don’t point your gun towards a wall that’s adjacent to an occupied room.