Special OPerations SECurity (OPSEC) is a highly-debated topic in the prepping community.

The truth, as usual, is somewhere in-between.

In this article, I cover the basics of OPSEC and go in-depth on tactics survivalist and preppers should be utilizing in their day-to-day lives.

Prepper OPSEC Tactics for When SHTF

The best offense is a good defense, and Operations Security is a term used in the military to denote the protection and defense of mission-critical information.

Here, I’ll let R. Lee Ermey explain it in the video below:

In short, information is valuable.

It’s valuable for your allies.

But it’s even more valuable for your enemies.

And while the stakes for preppers are a bit different than those of military personnel, who’s to say how that will change once SHTF?

For example, it may seem like no big deal to discuss your survival gear and supplies with other people, but that could also make your home a prime target during an emergency situation.

Just think about all the recent violent protests that have happened in America. For a large percentage of the population, any excuse is a good excuse to start looting and stealing.

If food supplies are low (as they almost always are in a crisis), then your house could end up on a hit list for thieves on the hunt for food.

Loose lips sink ships. And opening up to the wrong person can turn years of dedicated prep into a waste of time.

It can empower your enemies and put you and your family at risk.

On the flip side, no man is an island, and it’s easier to survive a crisis situation if you are part of a cohesive unit.

So, how should preppers handle OPSEC? Here are my top tactics.

Become a Master of Molding 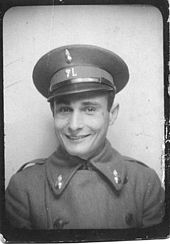 Let me tell you about “Garbo.”

That was the code name of Juan Pujol Garcia, a Spanish citizen who became a British double agent during WWII.

You see, Garbo hated two things: communists and fascists. So, as you can imagine, he was pretty eager to fight against the Nazis during the war. The only problem was, the Brits didn’t want anything to do with him initially.

So, he became a German agent instead and began to use molding (another term for feeding someone deliberate misinformation i.e. “molding reality”) to undercut the Nazis.

Eventually, he began working with MI5 and provided the Germans with information that was a mix of complete fiction and some actually valuable, albeit outdated, intelligence.

All of this culminated when Garbo played a leading role in Operation Fortitude, a deception strategy that diverted Axis attention away from the Normandy landings in 1944.

You see, the Germans knew an invasion was imminent, and it’s terrifying to imagine what would have happened if the Allies weren’t able to gain a foothold in Normandy.

Like I said, Garbo despised the Nazis, but he was able to hide those feelings for the greater good.

For preppers, molding can help you stay one step ahead of your enemies. Maybe you’d like to be a good neighbor and let people know that you have supplies to share in the event of an emergency, but it’s important to hide that fact until you know who you can trust.

Now, this isn’t just lying for the sake of lying.

Just like Garbo, it’s a strategic use of misinformation with the ultimate aim of contributing to the greater good.

I say, let rap stars brag about their “bling.” I keep my purchases to myself.

In OPSEC terms, flaunting expensive purchases is an indicator – something you do or say that reveals a vulnerability you have.

Like leaving the box for a brand new flat screen TV out on the curb. This is a clear indication to a thief that your house has some valuable stuff inside.

This is similar to the old advice about putting your newspaper delivery on pause while on vacation. A stack of newspapers on a porch equals nobody’s home, which makes for a prime target for thieves.

Indeed, in today’s digital age, discretion is more important than ever.

In 2014, a man in Knoxville was robbed after bragging about his lottery winnings on Facebook, and there are plenty of other stories just like this one.

You never know who might be listening (or watching), so make sure you strategically control the image you project to the world.

The saying used to be that a man should speak softly and carry a big stick. Well, I submit the idea that preppers should openly shop for crap while stockpiling the goods. 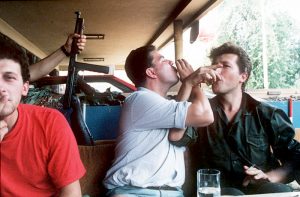 All that said, OPSEC can become a detriment for preppers if taken too far.

Perhaps you’ve read the story of Selco, a man who survived the Bosnian civil war in 1992. One of his top takeaways from living a truly nightmarish SHTF situation was that there is strength in numbers.

Which means that you will need to open up to certain people. The point of this article isn’t to scare you away from that idea. My goal is to put you into the mindset of a service member and get you thinking strategically about how to share information.

OPSEC doesn’t have to mean going to extremes. In fact, sometimes being too secretive is itself a dead giveaway that you have something valuable to hide.

Aside from that, if you’re like me, then you have a desire to help others prep and practice self-reliance. That doesn’t mean you have to give up all your secrets, but you can pass along good ideas.

You need to strike a balance that lets you protect your asset and confuse your enemies without alienating your allies.

Looking for a discreet knife for your EDC?

Check out the Survival Neck Knife by M-tech. This neck knife is easily one of the most convenient survival weapons on the market.

Click here or on the photo below to learn more. 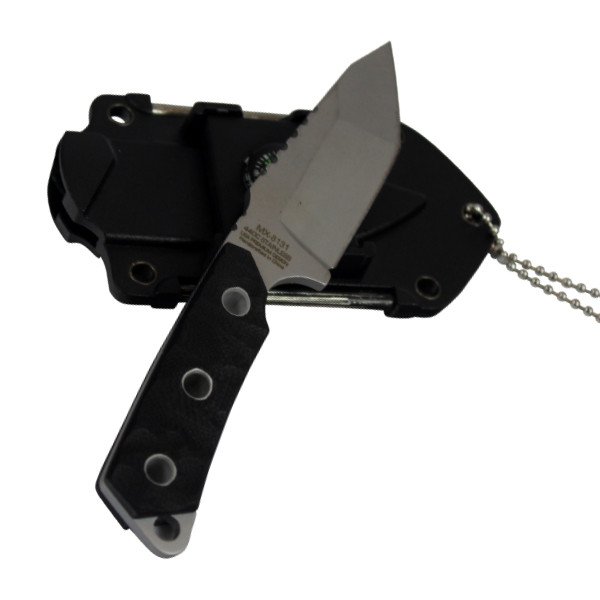 Prepper OPSEC Tactics for When SHTF