So, You Want To Know How to Convince Others Prepping Isn’t Weird

The good news is it’s a bit easier than you thought. 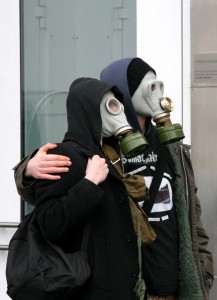 In this day and age it’s becoming a little bit more common to see and hear of people prepping. If that weren’t true I wouldn’t dedicated a substantial portion of my life to prepping and prepper education.

On the same hand it’s still not uncommon for people to have a negative reaction to prepping.

Sometimes people associate preppers with wacky conspiracy theorists who believe aliens are all over the place and think the government has tapped every phone in their home.

Other people don’t necessarily think preppers have a large supply of tin foil hats, but they’re just not convinced prepping is something that’s worth the time or the money.

If you’ve ever found yourself wondering what you can do to help get people on board without coming off as an intense salesman then the following steps can really help.

Weird, Sneaky, Logical and Legitimate Tips On How to Convince Others Prepping Isn’t Weird

Alright, when I say sneaky I don’t mean you’re going to try underhanded ways of getting people to become preppers without them realizing it.

But there are some ways you can expose people to prepping practices that prove to them prepping isn’t weird.

Notice something that every single tip has in common. They all say “show” not tell. When you tell someone they need to start prepping it’s like you’re a door to door salesperson trying to get them to buy something they don’t want.

When you show them why prepping is a logical (and not weird) next step to take then they learn and see for themselves and make the decision for themselves. You didn’t really have to convince them of anything!

Here’s how you get started.

Weird And Sneaky Ways to Get People On Board With Prepping

1 – Show them the importance of indoor/outdoor gardening: Gardening is something almost everyone can get on board with. Why exactly? Because it’s relatively easy to do and it provides you with food. Who doesn’t love food?

Gardening can be done both indoors and outdoors and can be done for pretty darn cheap. And the reason gardening is so important is because in a crisis situation (like martial law, or EMP strike) food supplies will be disrupted.

So, if you’ve got a little bit of a green thumb, or want to learn together, you and your non-prepper friend can go through the planting, upkeep and harvesting process together. As you do this all you’ve got to do is point out how useful this is for survival use and you’re opening their eyes up to the usefulness of this incredible survival skill.

2 – Show them how it can make them healthier: If you’ve been reading my blog for any amount of time then you know I like to focus on natural therapies and survival uses for plants and other common items. That’s because in many instances these treatments are what are going to be available to you in a survival situation. Not to mention these prepping practices are preferable to dangerous things like pharmaceuticals and household chemicals.

Another thing you can do is show people how exercise is beneficial for their health now and also for a survival situation. Truth is I believe exercise is one of the most important things you can do to prepare for a crisis. And when you approach prepping from a health standpoint you’re not actually badgering someone to get ready for something that might not happen but for something that matters now!

3 – Show them it can save them money: Do you know anyone who doesn’t like to save money? The good news is you can show people how important prepping is with simple DIY projects that’ll help them save money while simultaneously helping them get ready for a possible crisis.

What could these possibly be? These are just a few examples.

Every single one of these potential prepping projects is something that will save money now and can also help in a crisis. Guaranteed when people have a little bit more money in the bank and see how these little projects are “disaster proof” it’ll be a lot easier to get them on board with everything to do with prepping.

4 – Show them how it can be fun: Most people try and get others to prepare by showing them how scary the world is going to be when things go to hell in a hand basket. Unfortunately that approach can often backfire and people curl up into a proverbial ball so they don’t have to deal with the prospect of a SHTF situation.

Truth is prepping can be fun. Take your friends camping and use some of your survival gear with them to show them how your gear works.

Or if they’re really into cooking show them how their passion for cooking can extend to food storage. Things like hiking, swimming, first aid, traveling, running, shooting, martial arts, etc. are all things people can do that are tons of fun and also help out with prepping.

See how that works?

All of these little tips can be used to get people on board with prepping without ever telling them if they don’t start getting prepared they’re going to be one of the first to suffer in an emergency.

On that same note there are other, legitimate ways to convince people they need to get prepared without manifesting the rabid, fear-mongering prepper they don’t want to listen to.

The Smartest, Most Logical Ways to Get People On Board With Prepping

5 – Show them what’s happening: Some people just don’t pay attention to what’s going on in the world around them. It’s their way of sheltering themselves from what’s happening and to stay insulated from all the craziness out there.

Your job isn’t to beat them over the head with current events. What you can do though is take a topic you think is particularly concerning (Iran nuke deal, mass shootings, EMPs) and then talk to them about it.

If the person shuts down and refuses to talk about it then you can let it go for a moment and then come back to the subject at a later time.

The most important thing to do isn’t to insist your view is the correct view but to invite them into a conversation, making sure to stick to your talking points while showing them what you’re talking about is something they should be concerned about.

Your job here is never to win an argument…it’s simply to open their eyes to what’s happening.

6 – Show them quickly things could change: When you’re talking to friends or family one of the best things you can do is use logic (not fear) to illustrate why prepping is important.

Fear is a strong emotion, and some people are incapable of dealing with it. That’s why they shut down when you bring up topics that make them uncomfortable.

Instead what you want to do is talk to them about issues that aren’t directly related to the ultimate threat that’s staring them in the face.

Say for instance you want someone to understand just how quickly an EMP could change their lives (within seconds). Instead of just coming out with the truth engage them in a discussion about the interconnectedness of the entire U.S. electrical grid. Paint a picture of how it’s all built to coexist together, but can’t survive if another part goes down…then tell them about what an EMP will do.

This is something you can do with almost any subject.

The bottom line is you don’t want to sucker punch them with the truth before they’re able to handle it.
7 – Show them why the government can’t protect them: This is probably one of the biggest talking points when it comes to prepping, and also one of the hardest for people to handle.

Building on what you learned above it’s incredibly important you’re able to show the people you’re talking to despite their delusions, the government is not in the business of taking care of people in a major crisis.

If anything they’re going to turn on you.

This is obviously a touchy subject, because you don’t want to make prepping political.

At the end of the day prepping doesn’t have to be political. Logically the government can’t take care of 350 million people, there’s not enough money, time, or people. Just build on steps 5 and 6 to help out with step 7.

Everything you just read is to get people on board with long-term prepping. You know, what you would need to do in the event everything just went wrong for a long, long time.

But it’s not hard to convince someone that it’s worth $100 dollars to be prepared for very real, daily emergencies.

How to convince others prepping isn’t weird can be done with a simple survival kit. That’s why a simple 72-hour survival kit makes sense for absolutely everyone.

These are perfect as gifts for friends and family because they’re inexpensive and they’re built for basic survival.

Click Here or on the image bellow to get one of our most affordable and most popular survival kits. 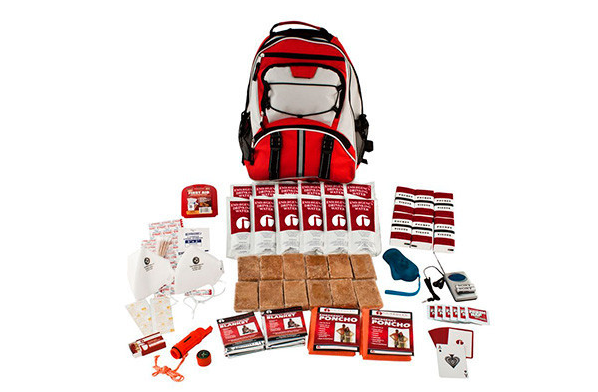