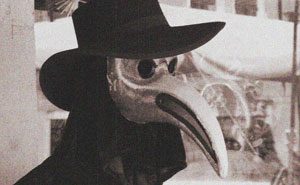 In the early 1330s, a deadly disease began to spread in Asia.  The sickness killed people with such terrifying speed that one observer wrote it was as if victims “…ate lunch with their friends and dinner with their ancestors in paradise.”

Even more frightening was how rapidly the disease seemed to jump from one person to another.

Historians refer to the outbreak as the Black Death, and it remains one of the most devastating pandemics in all of human history.

It’s comforting to think that advances in modern medicine have eliminated the possibility of an outbreak similar to the Black Death, but what about after SHTF?

It’s possible that new pandemic could itself lead to the collapse of society. Either way, knowing how to identify and protect yourself from infectious diseases is literally a matter of life and death.

Tuberculosis is still one of the leading causes of death in the world, and is estimated to have killed over 100 million people. The disease is spread from person to person through microscopic droplets released into the air when someone coughs, sneezes, or speaks.

Compared to other diseases on this list, tuberculous is relatively hard to catch and isn’t often spread from stranger to stranger.  However, tuberculosis can spread in areas where groups of people interact frequently while sharing the same resources.

Most people associate ticks with the spread of lyme disease, but cases of humans infected with the Powassan have increased in recent years.

If your survival plans involve bugging out in the woods, it’s likely that you’ll have to contend with ticks and other disease carriers that could put you at risk of contracting Powassan.

Back in the 1800s, cholera was very prevalent in the United States, and the disease is still present in parts of the world with poor sanitation.

Cholera is caused by a bacterium called vibrio cholera, which travels across the surface of unclean bodies of water. Cholera can also spread via food that is cooked or cleaned with infected water.

If SHTF, it is very possible that Americans would see a rise in cholera cases due to failing sanitation systems. 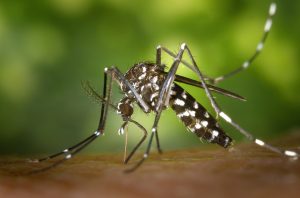 West Nile Virus is relatively rare in the U.S., but there have been cases of people infected with the virus through mosquito bites.

Mosquitoes are mainly an annoyance now, but they will become a severe health threat once SHTF. Without proper treatment, both children and the elderly can have a severe reaction to the virus.

Like West Nile, Zika is primarily spread via mosquitoes, although the disease can be sexually transmitted and has been linked to the birth defect microcephaly.

There is currently no vaccine or specific treatment for Zika and the World Health Organization has reported that the virus is “spreading explosively.”

Standing bodies of water are a breeding ground for mosquitoes. When SHTF, there will be plenty of stagnant water around that will draw mosquitoes and facilitate the spread of Zika.

Dysentery is an infection of the intestines that is most often caused by ingesting contaminated food or water.

Dysentery is highly infectious and prompt treatment is necessary once a person begins displaying symptoms.

Historically, typhus infections have surged during times of war and right after natural disasters. The disease is spread from person to person by fleas, lice, and rats. These infected vermin scurry about infecting people with a single bite.

As a result, typhus can spread quickly in crowded environments like a hospital or disaster shelter.

The name “typhoid” comes from the word “typhus” because the two diseases have similar symptoms. However, typhoid is spread by consuming food or water that has been contaminated by an infected person.

Left untreated, the fatality rate of typhoid can be as high as 20%. Even after a person’s infection has been cleared, that individual can still spread the disease to others.

Although rare, Ebola is extremely infectious. Experiments show that if even one particle of Ebola enters into a person’s bloodstream, it can lead to a fatal infection.

Ebola is spread through bodily fluids, so physical contact is necessary for one person to infect another. While this means that Ebola is harder to catch than a cold, simply shaking an infected person’s hand could spread this deadly disease. 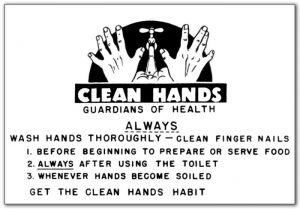 When caring for the sick or surviving in the wilderness, it is of the utmost importance that you keep your hands clean.

If you need further convincing, just look at the story of America’s 20th president, Andrew Garfield.

Most history books will tell you that Garfield was assassinated in 1881. While it certainly is true that Garfield died as the result of an assassin’s bullet, the shot itself was not fatal.

The direct cause of his death was the fact that the doctors who attempted to remove the bullet did not properly wash their hands or instruments.

Keeping your hands clean will be difficult in any environment where pure water is scarce. As an extra precaution, make sure your survival kit is equipped with a first aid kit that includes protective gloves. 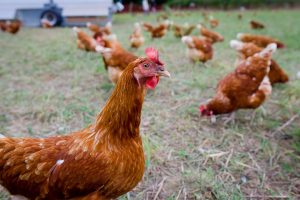 Since bugs and vermin are common carriers of disease, finding methods to repel these pests an important component of disease prevention.

Free-range chickens and guinea fowl can be a fantastic form of natural pest control. These birds are happy to eat fleas, ticks, mosquitoes, and pretty much any insects they can get their beaks on.

Certain herbs also work has natural mosquito repellents such as:

In the video below, you can learn how to create your own natural insect repellent.

For more natural medicine ideas, be sure to check out this blog post on 7 Native American Natural Cures For Disease.

3. A Clean Source of Water is Essential

One recurring theme in this article that you’ve likely picked up on is the importance of clean water. In addition to having a clean source of drinking water, humans also need clean water to sanitize our hands and prevent the spread of deadly diseases.

And while storing water is a smart idea that many preppers are already on top of, your survival kit must also include an effective method for water filtration.

Clean water is one resource that you can never have too much of, and that’s what makes the LifeStraw line of products so indispensable.

Check out our full supply of LifeStraw gear to make sure you have all the equipment you need to protect yourself and your loved ones from the plethora of dangers found in unclean water.

Click here or on the image below for more info. 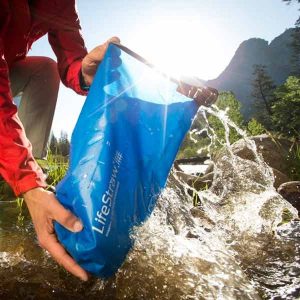