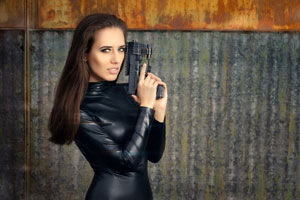 You don’t have to be James Bond to get your hands on these cutting-edge spy weapons.

Now, I never go looking for trouble, but that doesn’t mean I’m naïve enough to think trouble won’t ever find me or my family.

Perhaps you’ve heard the recent story about the woman who was attacked by a sexual predator while out on a jog. Thankfully, the woman in this story was able to fight back against her attacker unarmed, but most stories don’t end that way.

Every one of the weapons on this list can give you or your loved ones an advantage over an attacker without drawing unwanted attention.

Just remember that the legality of many of these tools varies from state to state, so check your local laws before buying anything on this list.

7 Amazing Spy Weapons You Can Own in Real-Life

This miniature firearm can disguise itself as an ordinary pen.

As you can see in the video above, the Stinger Pen folds at an angle to reveal a tiny trigger capable of firing a single shot.

Originally manufactured from 1993 to 1997, the Stinger Pen sold in several calibers including a .22 Magnum.

Unlike other disguised weapons, the unique shape of the Stinger Pen allowed it to be classified as an ordinary pistol. It’s just a shame that the original manufacturer went out of business before the Stringer had a chance to gain more popularity.

Bonus weapon: Pen guns never caught on, but preppers can still add a Pen Knife to their EDC kit. 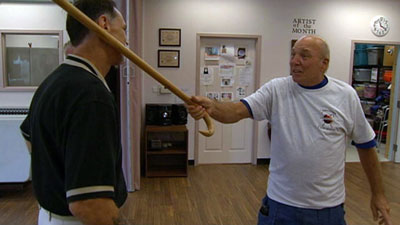 A cane by itself is actually a very effective and potentially deadly weapon.

This lethality increases when you combine a self-defense blade with a regular walking stick. These days, you can find canes and umbrellas that contain functional tasers.

While no one will know that your cane doubles as a spy weapon, it is possible that the cane itself could attract cowardly thugs who think it makes you an easy target.

The Sap Cap looks like your everyday baseball cap, but it contains a material has the same density as lead.

All it would take is a quick slap from the Sap Cap to drop an attacker instantly.  Although the material in the cap is as heavy as lead, it presents no health risks to the wearer.

With the Sap Cap, you get an effective self-defense weapon that is always within reach. 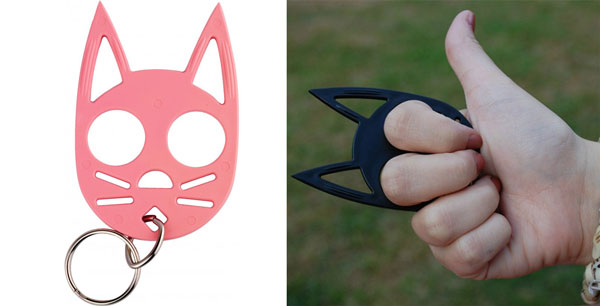 If baseball caps aren’t your thing, you might prefer to carry a Wild Kat Keychain with you.

This spy weapon resembles the kind of cute charm many people have on their keychains. But the Wild Kat Keychain is no toy, and it’s easy to imagine how this weapon could seriously wreck an attacker.

Plus, Wild Kats are made out of ultra-durable plastic that won’t break in an emergency situation. 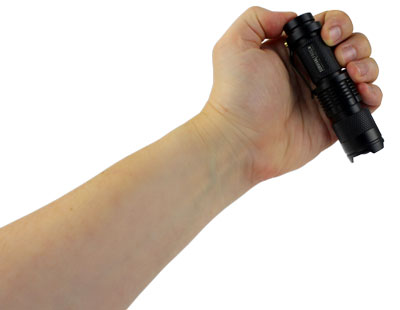 The beam of a high-powered flashlight can momentarily blind an attacker and give you time to escape, but many tactical flashlights have a built-in tool to give you an edge in a fight.

A good survival flashlight will have a strike bevel tip that can cause a lot of damage if you use it to hit your opponent. Indeed, the strike bezel is so effective that some places don’t allow people to carry them indoors.

A newspaper isn’t very hi-tech, but using one as an improvised weapon is a technique that’s been utilized by spies and special forces agents for years.

In England, a newspaper used in this way is called a “Millwall Brick.” The name comes from supporters of the Millwall Football Club who started using the brick at soccer games after police cracked down on bringing weapons into stadiums.

A newspaper wouldn’t be my first choice for a weapon, but it’s comforting to know I have the option of wielding one in a life-or-death situation. 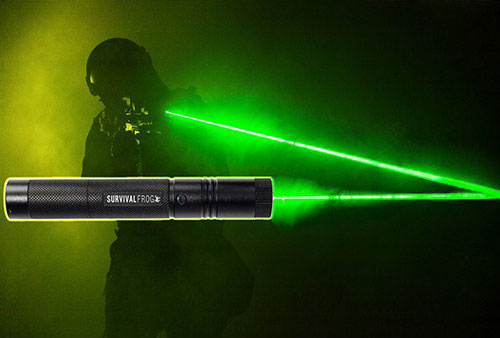 The Tact Laser is the kind of tool you’d expect to find in a sci-fi movie.

At first glance, this survival tool looks like an ordinary flashlight, but the 532nm green laser inside is extremely powerful. This is the same laser wavelength the military uses for self-defense because of its ability to cause temporary blindness.

The Tact Laser can also be used as a signaling device and an emergency fire starter. Click here or on the image below, if you’d like to learn more about this incredibly versatile survival tool.

If you enjoyed this blog, check out this article on 6 DIY Weapons For When SHTF.