As you likely know I believe it’s important to have a holistic approach to crisis survival. 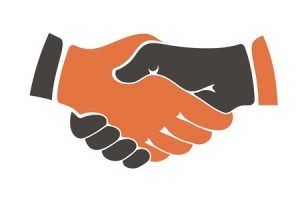 Basically I think you should cover all your bases when you’re getting ready for a survival situation so when the times comes you’re 100% ready for everything a SHTF situation is going to throw your way.

One of the things you’re definitely going to have to deal with in a crisis is getting what you need from other people.

Unless you’re a millionaire today it’s going to be near impossible to get everything you need for a crisis before it hits.

That’s why you need to learn the ins and outs of bartering.

My friend D.S. wrote an article about bartering and negotiation tactics for survival.

This is some of the most valuable information on the subject and I suggest you read it if you want to know the importance of this incredible skill set.

8 Bartering and Negotiation Tactics For Survival You Absolutely Must Know

Many preppers stock up on food, water, ammo, guns, improve their self-defense, homesteading and fitness skills and do drills with their families to ensure their long survival. Only problem is, they don’t take into account the possibility that, no matter how well they prepare, they’re still going to need things.

Most preppers see others as enemies during and after a catastrophe but what if they’ll be the ones in a tough spot? Their food stockpile can be stolen or compromised, they might run out of water, they might need a ride to the doctor or getting some supplies they didn’t think of stockpiling, such as medicinal herbs.

It’s good to be prepared by what we do but need to remember that we may end up depending on other people at some point. That’s why I wrote this article, to give you a few starting points on how to barter and negotiate, regardless of whether or not money will still be worth anything.

The more you know about the other guy, the better you can negotiate. This is great leverage because if he or she really needs the deal to go through, you can raise your bid. Besides, knowing who the other guy is is essential for your protection. Remember, post-collapse, people turn into savages.

Some of the specific things you can do include:

Whether they’re giving you a very good or a very bad deal, you should never let your reactions betray you. The key is to practice beforehand by:

If the terms of the deal are “ok” but you think you can get more, it’s time to focus on the details. In India people bargain for every piece of fruit they buy, no matter how small. You can do it, too, you just need a keen eye for details.

Sure, the other guy won’t like it but your goal isn’t for him to like you, it’s to get the best deal possible. If the deal goes through, this will set the tone for future negotiations, meaning the other party will have to give you a better deal.

#4. Have a Few Bonuses On Hand

In a post-collapse society, some of the things we take for granted today could be worth a lot. Paper clips, jar lids, floss – these will be almost impossible to get when supermarkets have nothing but empty shelves.

Why not bring a bonus to the deal, something that can complement the thing you’re selling? In fact, you can bring more bonuses because you never know which one will be more appealing to the other party. Who knows, maybe you’ll end up giving him all to seal the deal.

The psychology of bonuses is a very interesting one. You, as a seller, offer the other party something that has little value for you but could potentially seal the deal. The other guy feels he’s getting more than he’s paying for and feels he’s getting the long end of the stick.

Tip: There’s no better bonus than comfort items such as alcohol, coffee, tobacco, tea or sweets. In a post-collapse environment, people are gonna miss these things and dangling them in front of them will make them emotional enough to take your deal.

Of course, this assumes two things. Number one, you need to be smart enough to stockpile them in advance. Number two, you need to take extra security measures because the rumor of you having alcohol or coffee might spread like wildfire.

…and keep them. This is an overused negotiation tactic but there are ways to make it work if you act confident, if you’re never in doubt and if you can “dimensionalize” the benefit. What I mean by this last thing is to always delve into details to make it seem more real. Paint a vivid picture of your future relationship and of the amazing benefits you’ll both have.

It’s ok to go a little crazy with your promises because… it works. Besides, the other party will probably have its own tricks and tactics so you’re really selling yourself short if you don’t do everything in your power to get the best deal possible.

#6. Be Prepared To Walk Away From ANY Deal

Here’s the thing: there might be another similar and way better deal waiting for you out there. Heck, there might be several of them but you’re not going to find them if you cling to this one bad deal just because you really need it.

How do you walk away from a deal you need? You just do it! The more you think about it, the less likely you are to do it so why overthink it? Just let it go, tell the other guy you’re not interested and IMMEDIATELY start thinking about the other opportunities and how to find them. Now, I’m not saying you should go home without food if your kids are starving but you’ll know when to apply this tactic and when to compromise.

Making an offer and staying silent until the other party responds, no matter how long it takes, is harder than it sounds. With each passing second, the feeling that you’re about to lose the deal increases. Trust me, that’s not the case. The other guy is not responding because he’s seriously considering your offer.

Give him time and stay cool, thus sub-communicating your willingness to walk away. The ball is in his court so let him make the next move. And if that move is he decides he’s not interested, what I found to work best is to agree that the deal doesn’t go through, prepare to walk away and then either make a slightly better offer or keep them talking. This way you show them you too aren’t happy with it and that by lowering your bid you’re actually giving him one last chance.

Ever bought a product online that had all these fancy logos of websites it’s been featured on and testimonials from celebrities? People trust people who are associated with brands and celebrities they already know and trust.

If you don’t have anyone to do the bragging for you, you’ll have to do it yourself through storytelling. Just casually mention that you’re also doing deals with some of the most respected people in your community and others will flock to do deals with you. If these guys are doing it, they must get really good deals.

Brag about the people you know and have done deals with, brag about the quality of your products, brag with your knowledge and experience, brag about everything. Do it because it works.

Before I wrap this up, I just want to remind you to be extremely careful when doing any kind of post-apocalyptic negotiations. The more you reveal about yourself in an attempt to get a better deal, the more they know about you so you should keep in mind to never reveal sensitive information about yourself, your location, your stockpile, your guns or anything else that might pique their curiosity.

To ensure you come back unharmed to your family, bring someone with you, bring a gun and have your bug out vehicle in a strategic position, have a car bug out bag, have your emergency communication in place and get ready to take off just in case.

Anything Else You Need to Know?

For starters get your basics covered.

I always recommend something to help with water, food and shelter. Those are easily the most important tools you can have to start. Pretty much everything else falls in line after that.

The best news about those supplies is you don’t need to spend a fortune so your bases are covered.

One of the most affordable shelter solutions is our tube tent.

For less than a meal at McDonald’s you can have a reliable form of shelter that could help save your life in a crisis.

To see why this simple tube tent is great for survival click here or on the image below. 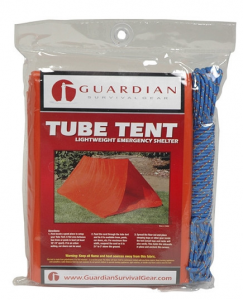