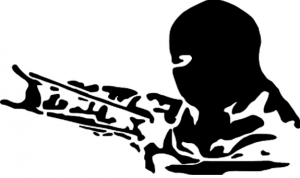 With the nation seemingly dissolving in violence front of our eyes everyone has self defense on their mind.

The violence we’re seeing in the streets of America is a telling indication of just how fragile the political/economic and  social fabric of our nation has become.

It’s for that reason I’m sharing a an article about how you can safely and legally prepare for possible outbursts of violence.

A gun isn’t always going to work for self defense

For some people buying a gun isn’t an option as the government recently put laws in place prohibiting some seniors on social security from owning a gun.

Then there’s the fact guns are expensive and ammo is too.

That’s why I wanted to share a something from a good friend of mine in the survival world about weapons you can own that aren’t firearms.

My belief is even though the second amendment protects our right to own a weapon we should always have alternatives available to us.

3 Self Defense Weapons That Are Not FireaArms

Following up an older article with 3 very cool ideas of everyday items that can be used as weapons, I want to take things further and give you a few true self defense weapons that are not guns. Firearms require license, cleaning, maintenance as well as stocking up on ammo… but not these bad boys.

Why would you need them? Why would you have a non-firearm as a back-up to your firearm instead of a second gun? Well it depends on your unique situation. Maybe you already have 2 or 3 guns and you’re in need of something less noisy, something you can use to hunt small game. Maybe you live in a country where they’re illegal, yet still want to be protected when SHTF.

Whatever the reason, I think you’ll love my suggestions…

The biggest advantage to having a survival bow is the fact that it’s quiet. If you’re under attack (whether you’re out into the woods or hiding inside your home or at your bug out location), firing a shot may attract unwanted attention. A bow, on the other hand, could be just enough to scare or even injure your attacker (and hopefully leave you alone).

Bows come in all shapes and sizes, but the best one has to be the composite recurve bow. Recurve means the bow is curved away from the archer, resulting in more power. A 50 pound draw weight bow is powerful enough to take down an adult bear!

The thing about professional bows is that you really have to practice using them. You also need to strengthen your muscles to be able to fire accurately and with force. Definitely not something you want to leave after the disaster strikes. Going to the gym is a good option but, if you don’t have the money to spend, you can always work out at home. There are plenty of exercises to improve not just your shoulders, biceps and triceps, but also the often-forgotten forearms.

One other benefit of this type of weapon is that you can make one yourself from wood. This takes even more practice, though, but could be a fun project for someone who likes the idea of carving their own tools and weapons.

I’m not trying to start a debate on whether or not crossbows are better than bows. I’ll just leave you with the benefits, so you can make up your own mind.

The biggest one is that you don’t need to stand up to fire them. This could be of use when standing up is impossible or even dangerous (such as when you’re in the line of fire). They’re also the only option for those in wheelchairs. However, keep in mind that most bows can be shot from a kneeling position, so long as you tilt them a little bit (though the accuracy is not the same).

The second main benefit is that you don’t need strong arms in order to fire them, unlike bows. They are much easier to fire in this regard. Survival crossbows can be a nice addition to your doomsday weapons collection, so long as you practice using them.

Though it may seem that slingshots are weak compared to the previously mentioned weapons, that doesn’t mean they can’t be a life saver in survival situations.

Not only are they smaller and require less power to shoot, but you’re not limited to one type of ammo. In fact, you have an abundance of ammo in the form of rocks and pebbles everywhere you go. And if you’re looking to cause more damage, you can even use broken glass as ammo.

It may not kill your target in most cases, but it can be more than enough for you to hut for small game.

The Thing Everyone Should Know about Self Defense

Remember, the constitution protects your right to self defense, even if lawmakers don’t.

It’s for that reason I recommend doing all you can to ensure you’re adequately protected in any situation.