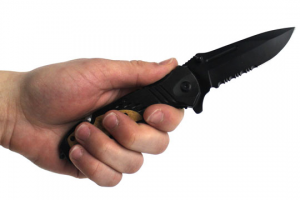 A good survival knife is one of the best tools to have on hand during an emergency.

It’s true that survival knives are great tools for self-defense, but they can do so much more to help during a disaster.

5 Cool Uses for Your Survival Knife 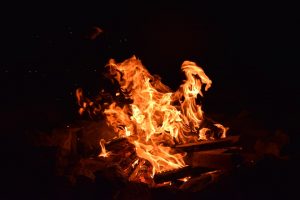 Let’s say you’re stuck in a situation with no matches or lighters or any kind of fire starting device.

As long as you have a survival knife by your side, you still have the ability to start a fire.

First, you can use your knife to collect tinder and wood. Next, you can either construct a bow drill or strike the blade of your knife against a stone to produce sparks. 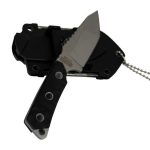 This method can take some practice, but once you have it down, the sparks will get caught in the tinder which will hold the heat and let you build a roaring fire.

Some knives also include built-in fire making tools like the Survival Neck Knife by M-Tech. This knife has a sheath with two Ferro rods you can use to produce sparks. 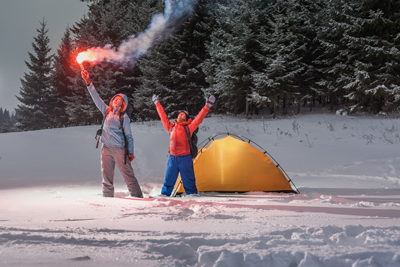 If your survival knife has a high-gloss blade, you can use this reflective surface to send an SOS signal.

Once you have a fire going, you can use your survival knife to help build a shelter. You can use a knife to cut cordage, dig small holes, and even to chop down trees.

Obviously, a tool like a saw or a survival axe is much better suited for cutting down trees, but you can use a knife in an emergency. Check out the video below to see this method in action.

Wondering what kind of shelter you can build when SHTF? Check out this blog post featuring 10 DIY Native American Survival Shelters.

Stay Hydrated in an Emergency

A good knife is all you need to obtain drinking water during a survival situation.

Your survival knife can also make other tools for you.

You can use it to sharpen the end of a stick to create a spear or stake. A sharp spear can be used for defense or hunting purposes, and stakes help keep your shelter in place.

There really is no such thing as the “best survival knife in the world.” Choosing the best knife depends on you and the environment you plan to use it in.

For example, fixed blade knives tend to be more durable, but folders are better for EDC.

A few things that people agree on is that carbon steel and stainless steel are some of the best blade materials. Carbon steel is the stronger of the two materials, but it’s prone to rust.

Stainless steel is more resistant to rust, but it’s more difficult to sharpen than carbon.

The shape of the blade should also be considered when picking a survival knife. A drop point or spear point blade work best as curvy tips can hinder a knife’s stabbing ability.

Looking for a new survival knife?

We’ve recently released our new Liberator Spring Assisted Folding Knife which should definitely be a contender for your next survival knife.

The Liberator deploys rapidly and includes several built-in survival tools that make it a must-have for EDC.

Click here or on the image below to learn more about this multi-purpose survival tool. 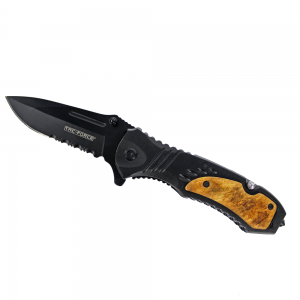