Off The Grid Living at Risk

This story is insane.

Tyler Truitt bought land and then put a home on it.

The city he lives in it doesn’t matter if he owns his land, he can’t do what he wants with it. Trying to live off the grid is a huge no-no in their eyes.

Truth is it’s outrageous and it shows just how dangerous things are getting here in America.

Freedom Outpost writes about this situation:

Remember when we used to live in an America where we were free to live as we wished as long as we didn’t harm others? Well, we don’t live there anymore. Everyday new stories emerge offering definitive proof that we live in a society where the government truly believes they have the authority to rule over us instead of serving our will. The latest outrage comes to us from Huntsville, Alabama – which is supposed to be a haven of conservatism, no? A Deep South state with deep south limited government values, right? Not anymore…

Tyler Truitt is a veteran who just wants to live his life as he sees fit without government intervention – the city of Huntsville says “No.” They want to be involved in Truitt’s day to day affairs.

Truitt and his girlfriend live within the city limits on a couple of acres of land.
Truitt has created a self-sustainable property, complete with solar power and rainwater collectors. “We live out here off the grid, 100 percent self-sustaining. So I basically made all my utilities: I have my solar panels, I have my rainwater collection and stuff.”

The city does not approve of such a lifestyle and have condemned Truitt’s home, calling it “unsafe.” The city is demanding that Truitt and his girlfriend vacate the premises or be arrested for trespassing. Remember, this is property that Truitt legally owns. However, if Truitt were to simply connect his property to the city utilities, his problems would just go away. Apparently, Huntsville believes that his property would be “safe” if it had city water and city electricity.

It’s a disturbing situation. The city of Huntsville is trampling the very freedoms that Truitt was fighting to protect, and for what? The city is likely worried that Truitt could start a trend of people living “off the grid” and then they’d lose revenue on their city utilities. So how do they respond? By illegally forcing a man off of his own land and trumping up ridiculous charges against him. It’s sick.

For his part, Truitt plans to fight the city with everything he’s got.

“I took an oath that I would support and defend the constitution and the freedoms that entails, and I really feel like those are being trampled upon,” Truitt said.

Keep fighting, Mr. Truitt – you’ve got a lot of support from patriots all over America.

The truth is a Marine, fighting for his country, is not being provided with the freedom our constitution guarantees.

Which means we need to be prepared for the day our government completely turns its back on us.

To get ready for that day you need to get prepared now.

One of the best places to start is with tools you can use to live off the grid.

We have wide variety here at Survival Frog

Click here to see how you can start preparing to live off the gird today. 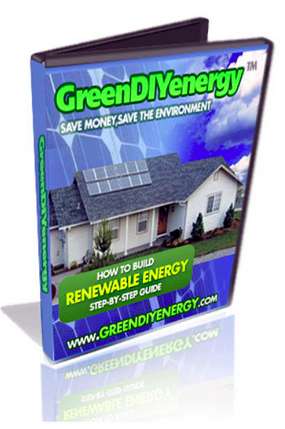 Veteran Could Be Arrested For Off The Grid Living