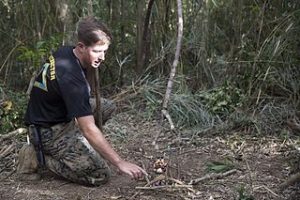 Learning how to hunt for food with snare traps is a very useful survival skill.

If you’re reading this, chances are you understand the importance of being prepared for an emergency.

But what happens if your plans fall through?

Maybe your home is equipped with supplies for when SHTF, but what if you’re forced to evacuate and bug out?

In an instant, you may be left with no choice but to leave most of your food and supplies behind to survive. In such a scenario, snare traps might become one of your best survival tools.

How to Use Snare Traps for Survival

Snares are relatively simple to set up, and they can help you catch food in almost any environment. Even urban preppers can use snare traps to bag a few squirrels for supper.

Note: Finding food is important, but so is having a clean source of water. The LifeStraw Personal Water Filter is an ultra-portable way to eliminate bacteria and parasites from drinking water. 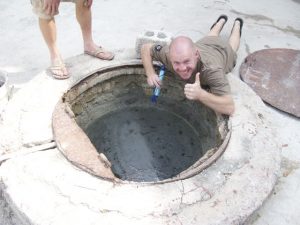 But snare traps are much more than a method to get a free dinner.

Hunting game with snares can be a more strategic approach than going out and hunting with a weapon. Snares are stealthy, which means they won’t give away your location the same way a gunshot would.

You can also set up multiple traps, and that effectively means you can hunt in different places at the same time.

Snare traps are great, but they aren’t magic.

Don’t expect to place traps willy-nilly and still catch anything. Setting up snares haphazardly is a waste of both time and energy, which are two of your most precious resources.

When it comes to finding the best locations, you’ll want to set up your trap line a fair distance away from your main bug out position. This way, you’re unlikely to have exhausted the game in the immediate vicinity if the surrounding area becomes too dangerous.

Simple Snares You Can Build 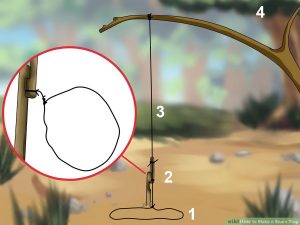 The spring snare is a time-tested trap that has been around almost as long as humans have walked the earth. It works best with smaller game like rabbits but can be adapted for larger animals as well.

This snare is made up of four components which can be created naturally or with supplies from a survival kit.

First, you have the noose which – you guessed it – nooses the animal that gets caught in the trap. Wire is the best material to use for a noose, but other options are available. Paracord and shoelaces can work, as can plants like milkweed.

The noose is attached to the snare’s trigger which itself is made up of two parts: a hook and a base. The base stays rooted in the ground and secures the hook. When an animal disturbs the trap, the hook will be disengaged from the base.

Many hunters will use a bent sapling as the engine for their snares since they are easy to find and malleable enough to work in a trap.

The spring snare can easily be modified to catch fish as well. Instead of using a noose, simply attach a baited fishing line to the trap’s trigger and set it in water.

When a fish takes the bait, it will engage the trap just like an animal on land would.

This is a very dangerous trap that is set up with the goal of impaling its target.

The tension trap can also be modified into a form of defense to keep people away from your shelter. Obviously, the trap has no way to distinguish between friend or foe so make sure you exercise caution when setting it up.

You’ll want to have different options when it comes to the creatures you can trap, so a snare like the Ojibwa bird trap is a great tool to have in your arsenal.

All you need to set it up is a pole with a hole drilled close to the top, some twine, a twig, and a rock. Watch the video below to see how the whole thing looks once it’s set up.

While most of this article has focused on smaller game, it is possible to use snares to take on bigger animals, included predators like coyotes.

In a SHTF scenario, you’ll likely be competing with animals for resources, and there’s nothing to stop a wily coyote from moving in and stealing food out of your traps. Luckily, using a snare may allow you to get rid of a pesky predator without the need for a one-on-one fight.

As you’ll see in the video below, stronger material is required to trap bigger animals, but the basics are the same.

Sushi aside, most humans tend to avoid eating raw meat.

In addition to improving the taste, cooking the meat you catch helps you avoid getting sick and can kill off some of the more common parasites that infect small game.

You can also get a little fancy with your dinner using forage like wild onions and garlic. Just look at how Mike Reed Outdoors prepares his squirrel meat using very basic provisions.

If you prefer to do your cooking in a pot instead of on a rock, you might want to take a look at Survival Frog’s One Person Mess Kit.

It’s compact enough to fit in your bug out bag while still containing everything you need for outdoor cooking:

Click here or on the image below to get yours.  Bon appétit! 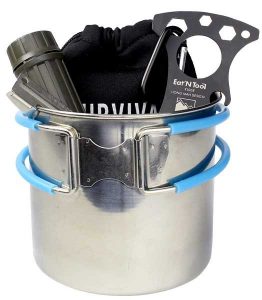 How to Use Snare Traps for Survival