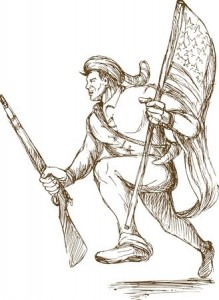 Daniel Boone was not only responsible for helping Americans explore and settle into the West, but his legendary skills at building animals traps for survival (as well as selling their furs) are an inspiration to survivalists everywhere.

This knack for hunting animals kept him and his loved ones from starvation in the best of times (and the worst).

Though he lived way back in the 1700’s, we can still learn a lot from Daniel Boone and his ability to catch game in the wild. After all, there may be times when drive-thrus and frozen dinners are no longer an option and when you may be forced to hunt and kill your own game to survive.

But never fear –  we’ll teach you the simple and effective ways that you can hunt and trap animals for yourself.

After all, we at Survival Frog believe it’s our responsibility to do our part in ensuring our readers are as prepared as possible for being self-sufficient in a survivalist situation. We’ll even show you how these traps can be made with natural materials – stuff you’d actually find in the wild – so you’ll be prepared no matter what.

Tip: Though setting these up might look easy, you need to become a pro at using these traps and snares – which means you need to practice now, while you can still put food on the table, instead of waiting to go hungry in a SHTF situation. You’ll also need to know how to make several different traps so you can catch all kinds of game.

Keep in mind that, for most of these, you’ll also need  a good survival knife for cutting branches, ropes, etc.

Here’s a tutorial on how to make one of the easiest and most commonly used snares – The Stick and Bait Snare: 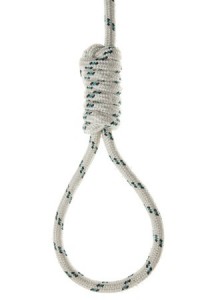 These are typically one-time-use snares, but these can also be one of the fastest  to set up.

Find a breakable stick that’s about 1/8 inch in diameter. Wrap a rope (wire also works well) around the stick three times, and twist the twig (like you would the top of a bag of bread) to close up the end of the rope.

Then, break the stick and remove it from the rope- this will create an eye for the noose. Take the rest of your rope, and create a loop (size depending on the size of the animal you want to catch) and stick the end of the rope through the eye of the noose.

Place these snares over burrows or trails to catch game and then “rinse and repeat.”

This trap helps to ensure the animal is put out of its misery sooner. It’s especially helpful if you have a nearby river, etc. that is visited by animals frequently and that has a steep embankment.

Create a snare out of of a long rope (you can use the same process as when doing the fixed snare), and tie one end around a large rock. Tie the other end to a large stick that still floats in water. Set the noose into a path that is heading directly into the water. Prop the rock up on the embankment where it will fall if the noose is jerked.

The idea is: the animal will go for water and step into the snare. The rock (set up on the steep embankment) will fall and the animal will pull it in after them, drowning. The floater stick allows you to see where the rock and animal are underneath the water.

This trap is best used in cold weather – the frigid water will keep the animal chilled and away from predatory animals.

Want more? Here’s another animal trap you can learn to make:

Not only is rope incredibly useful for setting traps and snares, but it’s also got a ton of uses outside of catching game, such as building shelter, securing down a tent, making a tourniquet, making a fishing line, and starting a fire (as well as thousands other uses). Essentially, this is an item you really can’t afford to go without, and having a ton of spare rope will only help you as you encounter survival situations.

Our 100′ x 1/4″ polyethylene rope is excellent for setting snares/traps, as well as every other use you’ll need. Not only is it 100% twisted polypropylene rope, but it also: resists mildew, floats on water, is snag and acid resistant, and holds up to a 72 lb. working load. Plus, it’s got a great orange color, making it easy to see (but not too noticeable if you want to remain hidden).

Remember: more rope is typically better than less, so make sure you stock up today. It will be one of the smartest things you do for your future. 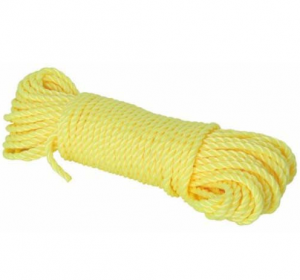