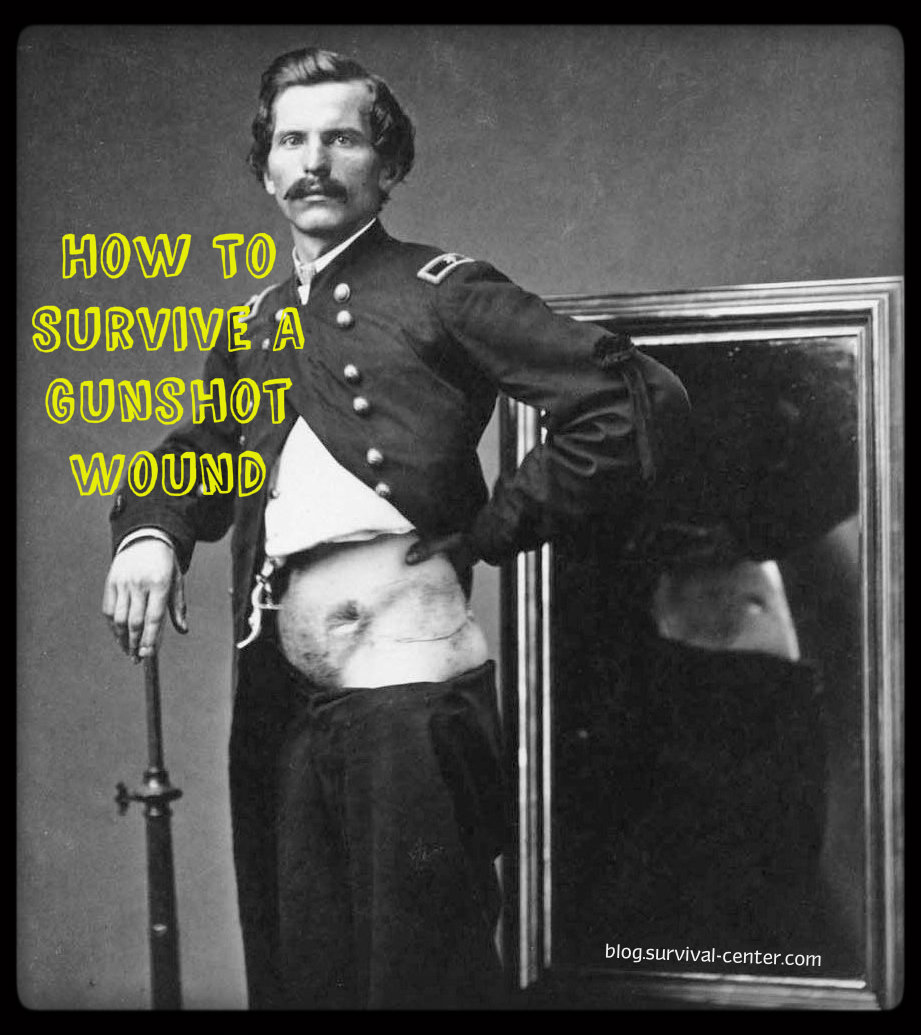 If there is anything the recent action between Israel and Palestine shows us, then it’s that innocent people can get hurt just as easily as soldiers. A bullet doesn’t care whom it hits and it can happen while vacationing in another country or walking down your street to the grocery store. It seems that safety is an illusion and even the most seemingly safe places can be dangerous.Any gunshot wound is serious and needs to be taken care of at a hospital, but what do you do between the time you’re shot and the ambulance gets to you? Knowing how to treat a gunshot can save your life.

Gunshot To The Head

Perhaps the most dangerous place to have a bullet wound is the head. If the bullet has lodged in your brain, then you’re likely not going to make it, but if it grazed you or hit a non-vital area (such as the jaw), then you’ll need to take action. If the bullet hit your jaw or grazed you, then it’s likely a “through and through,” which means both an entrance and exit wound.The most immediate need is to try and stop the bleeding. Minor grazes may not even be bleeding much, but many times the head can bleed profusely when injured. Apply direct pressure to the wound. Injury to the carotid artery in the neck can cause a person to bleed out in a matter of minutes. Blood will likely be gushing, so direct pressure is essential.

Gunshot To The Chest

Your chest contains your heart, and many other organs, and also provides direct access to the spine. If you are shot in the chest, then try not to move. The bullet could be near the spine and movement can cause paralysis. There will also likely be internal bleeding. There isn’t much that can be done externally for a chest wound. Chest wounds tend to suck air in and out, which can impact lung function. Instead of just trying to plug up the hole with dressing, you should place a solid object, such as a credit card, in the dressing and over the wound. This will allow air out, but not inside, the chest cavity.

Gunshot To The Abdomen

The intestines make a gut shot one of the worst. A bullet can rip and tear the intestines, leading to massive bleeding and internal injuries. Abdominal injuries are not only dangerous because of bleeding, but also because of the potential for infection. Until medical help arrives, place a dressing over the wound and don’t take anything by mouth; no water or food.

Gunshot To The Arms and Legs

In the movies, heroes take shots in the arm or leg and shrug them off. They keep shooting and running like nothing ever happened. This is not the case. A gunshot to the leg or arm can cause significant damage and limit the ability to use that appendage.There are arteries in both the leg and arm, that if ruptured, can bleed significantly. Try to elevate the wound above the heart if possible. That’s pretty easy with an arm wound, but not for a leg wound. Apply direct pressure to the injury. If bleeding continues, then you may need to use a tourniquet to lessen the amount of blood going to the wound.No matter where the wound, it is imperative to have it examined by a doctor.