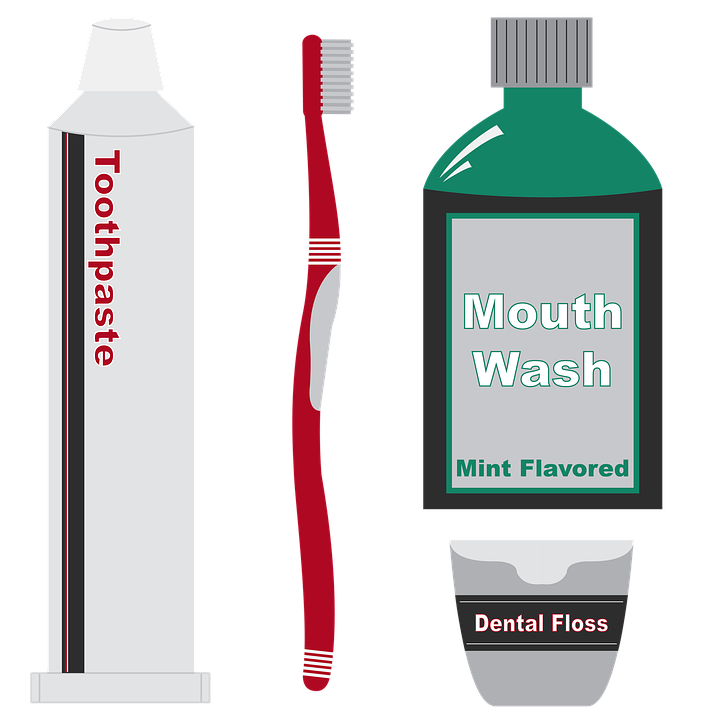 I think it’s fair to say most all of us know the basic uses for mouthwash…I mean, swishing and spitting is pretty easy for healthy teeth and gums, right?

Well, I’ll tell you what…mouthwash isn’t just for rinsing out your mouth anymore. In fact, there’s a ton of different ways this miracle liquid will help you out in a survival situation.

Keep in mind you’ll want to make sure you use sugar-free, antiseptic mouthwash that contains a significant amount of alcohol (about 25%) in order to do the job right. After all, you’ll need the strong stuff once SHTF.

You’re going to be seriously amazed at how these life-saving uses will save your life. That’s why every prepper needs to read about these…

Bacteria can infest your toothbrush if you’re not careful; and, if you’re in a survival situation, the chances of bacteria buildup are even greater.

Fight off potential disease by soaking your toothbrush in a cup of mouthwash a few times a week. The alcohol in the mouthwash will help kill off the germs, and will help keep your mouth fresh all week.

Foot odor doesn’t just smell bad – it’s also a sign that bacteria are covering your feet (and ay even indicate a skin disease). Remove the smell (and the bacteria) by rubbing mouthwash onto your feet. This will kill the bacteria and remove the odor, making you (and your group members) more than happy.

If you’ve got cuts and scrapes, you’re going to need to disinfect those immediately so they don’t cause major problems. Luckily, you can rub sugar-free, alcohol-based mouthwash onto the wounds in a pinch to clear out the germs and get your skin healing faster.

If you’ve got a rash from either poison oak or poison ivy, you can use mouthwash to help treat it. Simply pour the liquid onto a cotton ball and dab it onto the skin – this will quickly reduce both inflammation and redness.

It’s no secret that common hygienic practices (like using deodorant) are often the first to go in a survival situation. However, you can still keep yourself (and your group) smelling decent enough to survive even the worst situations.

Pour mouthwash onto your hands and dab it under your armpits. The alcohol in the liquid will help kill the bacteria and keep the stench from making your survival experience even worse.

Sanitation should be one of your greatest concerns in a survival situation, especially if you’re bugging out. And, if you’ve got multiple people eating from the same cookware over and over, you’re especially going to want to keep your utensils from building up bacteria.

Add a bit of mouthwash to some hot water, and soak your utensils in the liquid; the alcohol in the mouthwash will kill any bacteria residing on the cookware, and will help keep you and your group from getting sick.

Note: Did you know that bleach can also be used to sanitize your cooking utensils? In fact, it can do a lot more than that…click here to see more of its survival uses!

Mosquito bites and bee/wasp stings can not only be annoying, but they can also itch like crazy, and become red and inflamed as a result.

Soothe your skin with the help of mouthwash by dabbing it onto the affected areas. Not only will this help kill the bacteria on your skin, but it’ll also soothe inflammation, relieve the itchiness, and speed up the healing process by drying the skin.

Ticks are surprisingly annoying and harmful little buggers; just one bite from an infected tick can result in lyme disease and a slew of other negative side effects, such as weakness, body stiffness, fever, full body rash, and even more serious symptoms. Therefore, it should be treated immediately.

However, sometimes the hardest part can be removing the tick from your skin; since these bugs are blood-suckers, you often can’t just flick off the tick after a bite.

One of the most effective ways of getting ticks to release their grip is to douse a cotton ball in mouthwash and then place it over the head of the tick; this will suffocate it, and force the bug to pop his head out. You can then toss him in a cup of mouthwash, and it should terminate this wanna-be killer and his chances at getting back under your skin.

If you forgot to bring the Listerine on your bug out trip (or if you ran out), you can always make your own mouthwash with just a few simple ingredients. Check out the video below to learn how:

As you can see, you’ll need to boil water in order to make your own mouthwash in a survival situation. And that often means lugging around at least one heavy pot, building a fire, and waiting a long while to get a good boil going.

Not to mention the time it takes to cook your survival food when you’re done – you could be waiting for what feels like forever for your fire to cook your food (which could put you in danger if marauders are coming and looking for you).

You’ll be amazed at how easily this compact camp stove fits in your bug out bag; that’s because the stove is so small, it’ll fit in the palm of your hand, and features nickel-plated steel arms, which fold down for easy storage. At only 2.75″x3.8″ and weighing only 3 oz. you’ll be able to store this super lightweight stove into any bug out bag without the worry of it weighing you down.

The pot is crazy compact as well; with its featherweight design and foldable silicone handle (making it weigh in at a mere 6.7 oz), you can store this little survival tool almost anywhere with no issue.

Better yet, the camping pot features a spill-proof silicone lid; so if you run into an emergency and need to get out of dodge before you’ve finished eating/drinking, you can simply press the lid on and get going without worry of any leaks or spills along the way.

My favorite feature by far, though, is the camp stove’s ability to boil water 40% faster than most pots! the “XTS” in the name stands for “Xcelerator Transfer System” – which means the pot features crimped pieces of aluminum at the bottom to help send more heat into the water you’re boiling. Thanks to this innovative design, you’ll have a rolling boil in just 3.5 minutes!

When you’re ready to pack up and go, you’ll be pleased to find the compact stove stores easily inside the camping pot, allowing you to consolidate your stuff and save precious room in your bug out bag. It just doesn’t get more convenient than this.

The fact is, when you’re in an emergency situation and need to disinfect things FAST in order to avoid getting sick, you’ll need a quick, dependable way to boil water in order to make that mouthwash.

Not to mention if you’re needing a quick meal on the trail while bugging out, you’ll need to heat it as fast as you can in order to keep moving and avoid any trouble along the way.

This Olicamp STS Pot/Stove Combo is the ideal survival tool to help you accomplish each of these tasks. With its lightweight construction and ability to boil water and cook survival food faster than most pots, you won’t be wasting precious time to heat, eat, and get out of town.

Click on the image below or click right here in order to get your Olicamp Vector Stove Combo today. It could easily save your life in a disaster scenario! 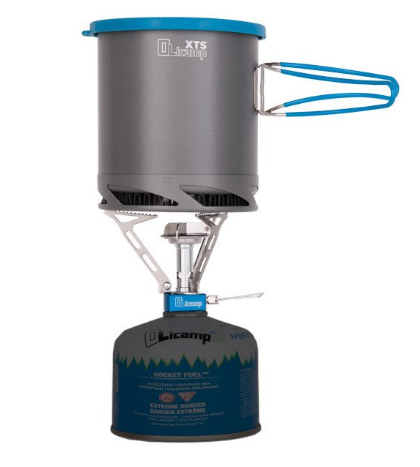