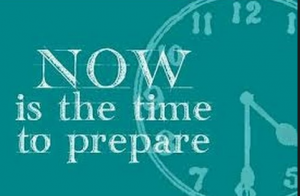 Everyone talks about bugging out like it’s a walk in the park.

It isn’t even close.

That’s why I had one of my friends write about what you need to do to stay safe when bugging out.

A lot of newbie preppers overlook this stuff. So please, pay attention.

Rules For Staying Safe When Bugging Out

Bugging out is going to be one of the hardest things you’ll ever have to do. Unless you decide it’s not worth the gamble, and that it’s better to hunker down, of course.

Nevertheless, I want to talk to you about some of the ways to stay safe from the dangers and enemies you’re likely to encounter when you’re out there. Because they’re so many, security should be a top priority after shelter, water and food.

#1. Have At Least a Couple of Means to Defend Yourself

You can carry a handgun in your bug out bag and a rifle in your car’s truck; you’ll also going to need some spare ammo. But don’t stop there. Since your firearms can be stolen or confiscated, it’s always a good idea to have a few alternative weapons by your side, such as wasp spray, an electric, a stun gun (some are so small you can attach them to your keychain), maybe even a bow and arrows (that will also help you catch small game).

#2. Prevent Being Cold and Hypothermia

It doesn’t take much for the untrained to get cold, bronchitis or even pneumonia out in the wild. This means you might have to stay into your shelter and keep warm until you feel better to continue.

Add medicine to your first aid kit to treat the symptoms early on. Also add warm clothes and several ways to light a fire. Furthermore, make sure you have a solid yet lightweight tent.

#3. Learn To Make and Use Primitive Weapons

#4. Avoid People, but Don’t Go to Extreme Lengths to Do It

This one is tricky. On the one hand, you need to stay away from most people because they’ll want something from you: your supplies, your wife, your kid, your life… Even good people turn into savages when they’re pushed to the limit.

So how do you figure this one out? First, you should imagine as many scenarios as possible. This will help you better prepare your BOB, your car and tweak your plans. Second, improve your skills and fitness to minimize the odds of having to ask for help. And third, let the chips fall where they may: you’ll figure out what to do when the time comes.

#5. Gather As Much Intel As You Can

This way you’ll know when the right time to bug out will be (day or night), which evacuation routes to avoid and which directions NOT to go in. You’ll also want to learn more about:

You learn all of these by having a kick-ass communications plan, which should include:

This way you won’t look like a trouble maker or like someone who’s rich or even a prepper. Yes, people know about the preparedness community, and they’ll remember it when they’ll become desperate.

This concept of avoiding standing out is called being a grey man. It implies wearing jeans, dark colors, and avoiding fancy shoes, formal shirts, blazers and accessories such as watches, hats and tie clips. It also extends to behavior: you don’t want to be too agitated or, on the contrary, too calm. Anyone who looks or behaves suspicious will stand out.

Of course, if everyone around you wears a watch, then it’s ok for you to wear it too. Maybe you have a high-paying corporate job in a large city, so you can’t afford to look sloppy every day. However, when the time comes and you’ll have to evacuate, be sure to remove those accessories as you’ll attract people who’ll want them.

There are many more things to worry about when bugging out, but the ones discussed above should be high up on your list. I suggest spending an entire week tweaking the aspect of security, focus on one thing at a time is the best way to make real progress.

You can also check out these bugging out mistakes too if you want to be well-rounded in what you know.