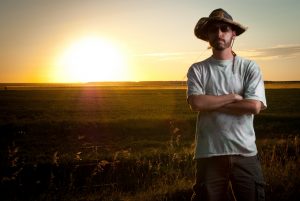 All across America, more and more people are taking steps to prepare for the apocalypse.

For years, terms like “prepper” and “survivalist” have evoked an image of a deranged conspiracy theorist (complete with tinfoil cap) in the minds of the average citizen.

But now it appears that prepping is set to go mainstream.

Is this good news for the community as a whole? Or simply a sign that the writing is on the wall and we’re heading closer and closer to a worldwide SHTF scenario?

Prepping All Across America

In my mind, prepping and self-reliance have no political party, but that doesn’t change that fact that most survivalists lean towards the conservative end of the spectrum.

At least, that’s the way it used to be.

These days, I’ve encountered preppers of every political affiliation and background. Men and women who don’t fit the stereotypical mold of the “crazy gun nut.”

There are liberal preppers, organic (and gluten-free) preppers, and even billionaire preppers.

People with nothing in common except a shared goal to stay prepared for any man-made or natural disasters. 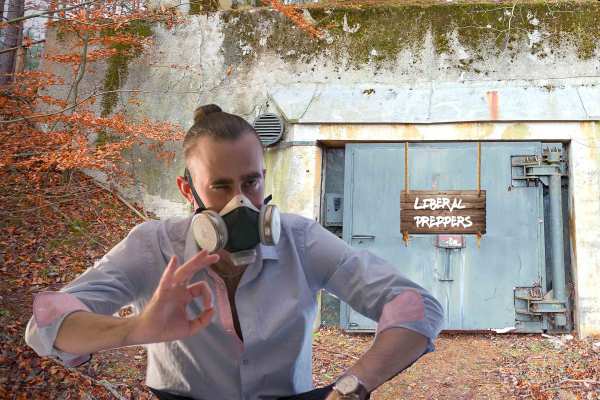 And if you’re active on Facebook, it’s possible you’ve already come across the Liberal Preppers group.

The group was created by Colin Waugh shortly after Donald Trump was elected president and quickly grew to over 2000 members of self-identified progressive preppers.

Before you jump to the conclusion that this group is just one big excuse to bash the president, it’s not. While there are some liberal memes circulating on the page, members also share tips and tricks for storing supplies along with photos and reviews of survival gear.

They cover basics for canning food and discuss the merits of gadgets like the foot-powered washing machine.

One noticeable difference with liberal-leaning preppers is that they tend to focus more on skill-building and stockpiling supplies than they do on acquiring weapons for self-defense.

But that all may change as civil unrest grows within the country. 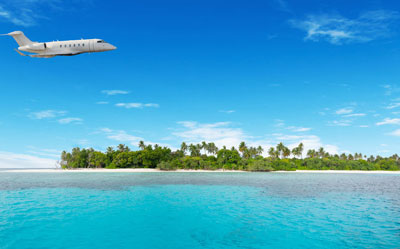 Recently, the New York Times ran an article about the billionaire preppers of Silicon Valley.

These ultra-rich techies have taken prepping to a new, more luxurious level complete with private hideaways in New Zealand.

One of the biggest threats these ultra-rich survivalists are preparing for? It’s not nuclear war or global warming.

In true techie style, these startup founders are bracing for a backlash to the rise of AI and automation. This could lead to robots replacing American workers and widen the gap between the haves and the have-nots.

Automation is a topic that’s rarely discussed in survivalist circles, but it’s something we should all pay closer attention to.

It is interesting to see how people prep when money is no object, but truthfully, I think relying on money to protect you when SHTF is foolish.

Sure, you can fly off to New Zealand in a private jet, if you have the means, but you’ll still need the necessary skills to fend for yourself once society collapses.

What Does It Mean to Be a Prepper?

As prepping becomes more mainstream, you can expect that there will be those who try to segregate the tried and true preppers from the “phonies.”

All I know is that the only constant thing in life is change.

And this change can either be good or bad.

Even though I hope for the good, I still want to make sure I’m prepared for the bad.

There are many others out there who follow this principle as well. And it’s looking like this number is only going to increase over time.

Personally, I’m excited to see the philosophies behind prepping and self-reliance spread.

What do you think? Is prepping’s growing popularity a good thing or bad news?

Does the fact that some of the smartest men and women in the world are now prepping for when SHTF make you feel vindicated or scared?

Prepping All Across America