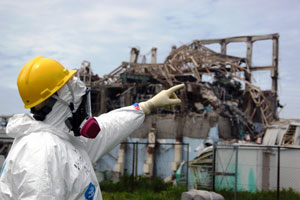 By now, many have forgotten about the Fukushima Daiichi nuclear disaster and consider it to be an isolated incident. What no one talks about is the fact that roughly 80 percent of the radioactivity from the Fukushima reactors ended up in the Pacific Ocean.

In addition to the damage this radiation is causing marine life, there’s also the fact that this hazardous material is now entering the food chain.

Combined with the reality that the world is still moving towards the widespread use of nuclear power as a sustainable energy source, it’s more important than ever to know how to combat radiation poisoning.

How to Prepare for Radiation Poisoning

Radiation exposure can be intense and sudden or subtle and prolonged. For example, radon is a radioactive gas that is present in many older homes.

Radon occurs naturally as the uranium in dirt decays over time, and the substance is easily inhaled. In fact, radon is the second leading cause of lung cancer in the United States – second only to cigarette smoke.

The point here is there the threat of radiation exposure exists outside of a large-scale SHTF scenario. For the overall safety of yourself and your loved ones, you cannot ignore this serious health hazard.

As the saying goes, an ounce of prevention is worth a pound of cure.

In the case of the Fukushima disaster, it’s probably a good idea to avoid buying any exports from the region. You may also want to start sourcing where the food you purchase originates from.

While no direct link has been discovered yet, some biologists are speculating that salmon and crab fisheries along the west coast have been affected by radiation from Japan.

Whether the threat of nuclear exposure comes from a dirty bomb or contaminated food, staying informed can help you avoid the danger altogether.

Be Prepared to Bug In

After the initial nuclear blast, survivors will still have to contend with fallout from the event.

Fallout refers to the radioactive particles that are carried into the atmosphere after a nuclear event and which gradually fall back down to earth.

While most of these particles decay rapidly, delayed fallout can occur for years after an event.

Your immediate reaction to a nuclear incident will depend on your location and the amount of time you have to prepare. At a bare minimum, you want to have at least three days’ supply of food and water on hand so you can bug in during an emergency.

Of course, the more supplies you have on hand, the better. It’s also a good idea to start planning for a sustainable source of food that you can rely on during an emergency. 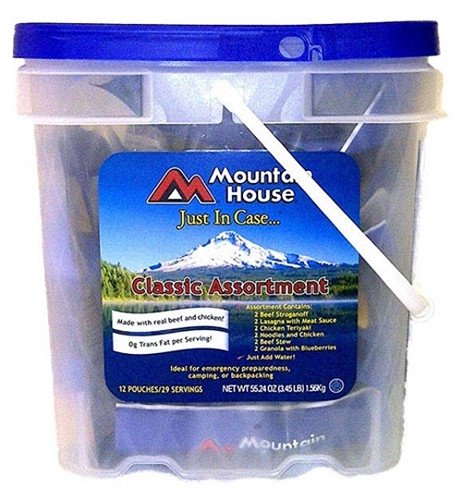 Unless you have access to a shelter, you will likely have to secure your home from radiation poisoning.

You can seal up doors and windows using plastic sheeting and duct tape to help block out radiation. Just make sure you don’t completely cut off your home’s oxygen supply.

Sandbags can also help you fortify your home to shield against radiation and intruders.

Know the Symptoms of Radiation Poisoning

Certain decontamination steps can actually be dangerous if they are performed on a person who is not at risk of radiation exposure.

The video below discusses some of the symptoms of radiation exposure that you should look for before attempting to decontaminate.

Have Protective Gear on Hand

If you need to venture outside after a nuclear event, it’s important to have a protective layer between your body and the fallout in the atmosphere.

In an emergency, the most important factor is the limit the amount of skin that is exposed to the elements. Wear heavy boots and either tuck or tie off clothes to prevent contamination.

Ideally, you’ll want to purchase clothing that’s designed to protect against radiation such as a chemical hazmat suit. This specialized clothing will cover you from head to toe, and many protective suits are inexpensive to buy.

Learn How to Decontaminate 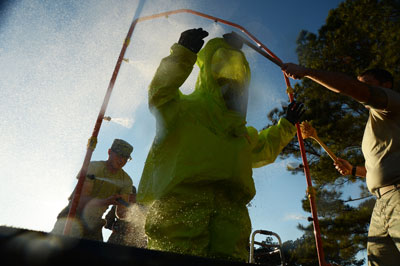 Once it’s been determined that someone has been exposed to radiation, the next step is decontamination.

Remove and discard all clothing that has been exposed. Getting rid of this outer level of clothing can remove up to 90% of the external radioactive material.

After that, you’ll want to take a shower, as water is highly effective at removing whatever external radiation remains on your body.

Stock Up on Potassium Iodide 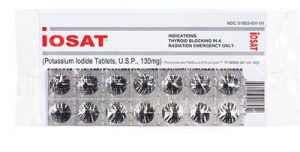 One of the most harmful components of radiation poisoning is Radioactive Iodine 131.The thyroid gland in humans is very vulnerable to radiation exposure from this form of iodine.

Luckily, taking potassium iodide can help block the amount of radiation that the thyroid takes in. Potassium iodide tablets should be in every prepper’s survival kit in case of a nuclear emergency.

Medical Corps Potassium Iodate (Ki03) has an extremely long shelf life, so you can stock up now and sleep a little easier knowing you have protection from this deadly radioactive component.

Just remember that taking potassium iodine can be dangerous if consumed by someone who has not been exposed to radiation.

Other substances like pectin and baking soda are safe to consume and radioprotective. Pectin is found naturally in apples, pears, and other fruits, so be sure to keep some canned fruit stored for emergencies as well.