Perhaps one of the biggest catastrophes waiting to happen in the United States is a power grid shut down.

These are known to happen fairly often, especially during summers in the Midwest or immediately after natural disasters.

Don’t worry though – we’ve compiled a short list of backup energy sources to consider before a power grid failure. After all, being prepared can make all the difference.

One of the biggest mistakes people make with alternative energy is investing in wind energy. Don’t fall for this!

The turbines required to generate wind energy are ridiculously expensive, and the cost to maintain them isn’t cheap, either.

Usually, people who pay for these are trying to “get off the grid,” but wind turbines don’t even pay for themselves after the first year. It’s much cheaper to pay a monthly energy bill, especially if your only concern is the power grid shutting down.

Just like wind energy, solar power sounds like a great option for alternative energy. While solar power isn’t necessarily a bad idea, it does have downsides.

Solar panels are expensive, and it takes more panels than you might think to generate enough electricity to power your house.

They do, however, last a long time. Some solar panels can last for decades, but just keep in mind that if you choose to take this route you could end up spending far outside of your budget.

As far as other sources of power, backup generators are probably your best bet if the power grid shuts down.

Generators come in all varieties, the most popular ones being about the size of an outdoor air conditioning unit and running off either diesel fuel or natural gas.

These are good for short periods of time, but depending on how long the power is out that could get expensive (and noisy!) fast.

The best investment for a backup generator is a deep cycle battery generator.  These nifty generators rely on your house’s regular source of power to be charged, but as soon as the grid goes down, they’re ready for action. Some of them can run for days at a time before they need to be charged again.

How To Survive A Power Grid Shut Down 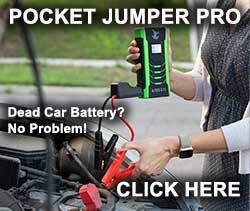