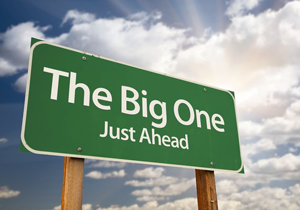 It’s time for everyone to reconsider their earthquake survival plan.

For many Americans, earthquakes are viewed as a natural disaster that largely only affects the West Coast. This assumption could not be farther from the truth.

Earthquakes have caused severe damage all across the U.S. Even more shocking is the fact that these tremors appear to be increasing in both frequency and magnitude as time goes on.

Take Oklahoma for example. In 2008, the state experienced fewer than two earthquakes measuring at least 3.0 in magnitude.

What’s the cause for this exponential increase? Many seismologists believe there is a relationship between the earthquakes and the amount of fracking that occurs in the state. 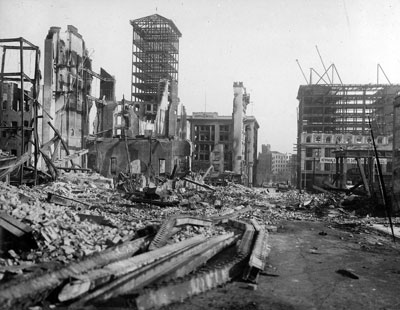 On the morning of April 18, 1906, an earthquake with an estimated 7.8 magnitude struck the San Francisco Bay Area.

The earthquake and its aftershocks toppled buildings and caused several fires throughout the city.

When all was said and done, roughly 3000 people lost their lives, and thousands more were left homeless in the aftermath.

Although our understanding of earthquakes has become much more sophisticated since 1906, they are still a largely unpredictable disaster.

Earthquake survival is all about being prepared beforehand.

No matter who you are or where you live, I believe everyone can benefit from the proven earthquake survival tips below.

It’s human nature to panic and react impulsively during an emergency, but earthquake survival requires people to remain calm.

Every situation is different, which means you’ll have to assess your unique position to determine the best action.

For example, in the video above, you can see several people sprint out of a bike shop just as a quake hits. Most experts recommend that people stay indoors during an earthquake, but it appears as though there are lots of heavy and unsecured objects in the store that can fall on someone.

Whatever you do, make sure you don’t go blindly depending on other people to lead you out of danger. Stay calm and keep your wits about you to remain safe.

2 – Retreat from the Ocean

An earthquake can trigger a deadly tsunami with little to no warning, so it is vital to retreat from the coast after an earthquake. Seismic activity causes disruptions on the ocean floor which can produce gigantic waves that travel outward in all directions.

In cases like the 1992 Nicaragua earthquake, it was the resulting tsunami that caused most of the damage and fatalities.

If you find yourself near the beach during an earthquake, you’ll want to move away from the water as soon as the shaking stops. If you observe the tide receding from the shore, that is often a sign of an approaching tsunami.

3 – Keep Emergency Supplies in Your Car

Earthquakes can topple buildings, bridges, and utility wires in a matter of seconds. If you’re caught driving during an earthquake, your priority is to try and get away from any of these hazards.

Once you and your vehicle are in the clear, the next best course of action is to halt and wait for the tremors to stop.

Even after the earthquake and aftershocks have ended, you may find yourself and other drivers stranded on the road. That’s why it’s a good idea to keep an emergency kit in your car at all times.

You’ll want the usual supplies like a good first aid kit along with tire sealant, but it’s also a good idea to pack a few body warmers and even an emergency blanket.

Not only will this help keep you warm if you find yourself stranded in your car during the winter, but it can also be useful if it becomes necessary to spend the night in your vehicle.

Hotels and other temporary lodgings can get booked up after a natural disaster, which means your car might have to double as a bed. 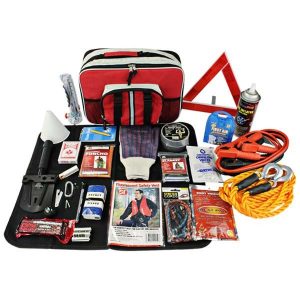 4 – Stay Away from Windows and Appliances

Avoid taking cover near windows or in your kitchen during an earthquake. Glass from the window can easily shatter and cause injury to anyone nearby.

Similarly, sharp utensils could be knocked off counters or out of drawers during a quake. Unless they’ve been secured beforehand, your appliances can also topple over onto someone.

Many homes contain structural damage that owners may not know about. While foundation issues rarely make a home unlivable, they can result in increased damage or personal injury during an earthquake.

Routine maintenance and repair of foundation cracks should be part of your earthquake survival plan.

Something like a cracked chimney may seem like little more than a cosmetic issue, but this could cause a complete collapse in an earthquake.

Also, make sure to keep the batteries in your home’s carbon monoxide and smoke detectors fresh. Fires are common after an earthquake hits since gas lines and electrical wiring are often damaged during the event.

Water heaters are very vulnerable to ground undulations and can easily tip over during an earthquake.

A secure water heater should have two straps that wrap around it and attach to the nearby wall. Many home supply stores sell bracing kits that can make this process simple.

Take the time to create and practice an earthquake survival drill with your children before disaster strikes.

Even very young children should be educated on the layout of your home including the best rooms to take shelter in during an earthquake (remember to avoid the kitchen).

Make sure that children know how to call the police and fire departments. Older children should even be taught how to safely shut off gas lines and turn off electricity at the main fuse.

It may seem like overkill, but imagine a scenario where you’re incapacitated during an emergency, and it’s up to your child to dial emergency services for assistance. They may even be called on to give rescue crews instructions for where to find you.

This is not a situation that any parent wants to be in, but it is important to be prepared for anything.

8 – Have Food and Water Supplies on Hand 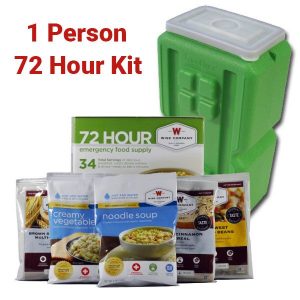 It’s recommended that people keep a 72-hour supply of non-perishable food and clean water on hand for an emergency.

An aftershock is a smaller earthquake that follows a large earthquake and hits the same location. Aftershocks are unpredictable and can deal more damage to structures that were already weakened by the main shock. 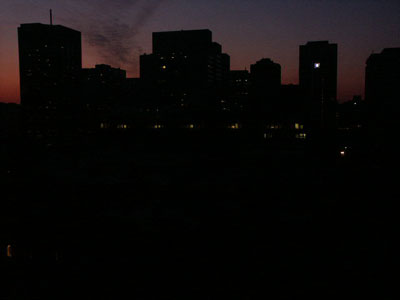 The 2010 Chile earthquake generated a blackout that affected over 93% of the population in the country.

To prepare for an earthquake, you should make sure you have different emergency lighting options available. Until you can determine if there is a gas leak in your home, it’s best to refrain from lighting candles.

Instead, use battery and solar-powered emergency lights to help you navigate in the dark.

In the chaotic aftermath of an earthquake (or any natural disaster), you can expect emergency crews to be very busy.

This means there can be a long delay between calling a receiving help. Because of this, it’s invaluable to know CPR and basic first aid so that you can offer assistance to others if needed.

12 – Only Stand in a Doorway as a Last Resort

The conventional wisdom of standing in a doorway during an earthquake has become outdated.

Most modern homes aren’t built with particularly sturdy doorways, plus a door can actually injure you if it swings close while you’re standing in it.

As a replacement, the American Red Cross introduced the drop, cover, and hold method. First, you drop under a sturdy piece of furniture like a desk, then you cover your eyes and head with your hands, and finally you hold on until the earthquake is over.