Bug In or Out?

But when you’re getting ready for a possible crisis it’s best to keep that question at the front of your mind.

My friend DS wanted to share his expertise on this incredibly important subject.

If you read anything on prepping this week let it be this.

Bug In or Out – Your Questions Answered 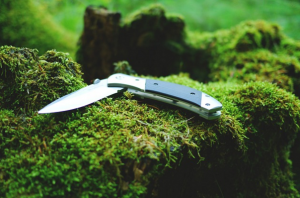 To bug in or to out – that is the question. These are the two possible outcomes when the big one hits. Whether you’ll be dealing with radical Islam, war, hurricanes, riots, Martial Law or EMP, you will either have to hunker down and wait for the thing to be over or run like the wind towards your bug out location, your aunt from another state or anywhere that’s safe.

If you’re prepping for both scenarios, that’s great, because most people prefer to stick to one. Big mistake since, at the end of the day, you don’t really get to choose what you’ll do. The real issue is whether or not you’ll be able to make the right decision.

Shouldn’t I just wait until SHTF to do that?

Yes, you should, but consider this: in the turmoil that’s about to happen, you may not be able to think straight. Your ability to make decisions may be impaired by a number of factors, one of them being you. It’s much better to do most of the thinking now so, when it happens, all you need to do is remember the best course of action to take, instead of having to do too much processing.

Bugging in versus out will depend, for the most part, on the type of disaster that will hit. In general, your plan should be to bug in unless you have to go and NOT the other way around. Now, I’m not saying this is for everyone but unless you’re a survivalist, it’s probably not for you. (Note that there’s a difference between prepping and survival.)

Here’s a quick list of scenarios that would require you to bug in:

On the other hand, if any of the following happen, you should definitely go:

Now, these two lists above are just a starting point because they’re influenced by a lot more factors. In reality, bugging in is not trivial because you’re going to need a solid stockpile of food, water, meds, ammo and gear and solid home defenses. Without them you’re easy pray for looters.

Otherwise, staying inside may be a gamble because you’ll starve to death. But is bugging out a better option?

Well, if you can’t take care of basic necessities inside your own home (food, water, security), it probably is. You’ll at least have a chance to get to safety, whether by car or by foot but the problem is, when you’re out there and you’re unprepared, you expose yourself to all kinds of risks.

When you’re bugging out you’re vulnerable and alone. People and wild animals could attack you, your car can break down or may reach a dead end and be forced to continue your journey on foot.

Since there’s no definite answer to the bugging in or out dilemma, let me give you a few reasons for both, so you can make up your own mind.

You may be inclined to bug in if:

On the other hand, you may be inclined to bug out even when others are bugging in if:

Also, there’s one more thing people forget: just because they bugged in our out, this doesn’t mean it’s all over and that they can live happily ever after in a post-apocalyptic world.

If you bugged in, there’s no way of telling when your building, neighborhood or even town could become uninhabitable. You should always be prepared to flee from either internal factors (you run out of food and water, you’re injured or sick) or from external factors (whatever danger you’re hiding from is getting closer and closer to your location).

On the other hand, if you bugged out, who knows how long this location is going to remain safe. You may be forced to bug out again. This is why it’s always good to have not one but several bug out locations. Maybe a relative in another state, maybe another piece of land where you don’t have a cabin but at least you know it’s hidden from plain sight and you know it’s yours.

The bottom line is, whether you choose to bug in or out, it’s always good to have backups and plans to do the opposite. Prepping for BOTH is crucial but knowing what to do when the time comes is key (and I think I’ve given you enough tips to help you make that decision when the time comes).

Is It Better to Bug In or Out? How Can You Tell?