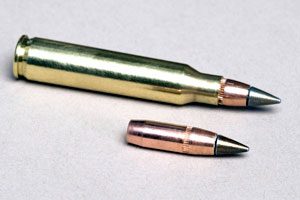 Many survivalists already know how important it is to collect ammunition before an emergency, but what about proper long-term ammo storage?

Like with food, poor storage can damage your ammunition to the point of making it useless or even dangerous to use. This limits your supply of ammunition for self-defense, and cuts down on ammo you can use for bartering.

And believe me, bullets will be one of the most valuable resources to trade with during a crisis.

So, make sure your investment doesn’t blow up in your face by following the tips below.

1 – Do Your Research First

Before worrying about ammo storage, you’ll want to do some research to ensure you’re getting the best ammo at the best price.

Examine the best manufacturers and sellers to uncover the most competitive pricing. Many people default to buying big brand names because they are familiar. Yet, a little digging can uncover cheaper brands that offer the same level of quality.

Even when you find a good price, resist the urge to go all-in and buy up a ton of ammo. Buy a little to test first to make sure it works well with the weapons you own.

The point of all this isn’t to buy dirt cheap ammo – that carries its own risks as well. If a price seems too good to be true, it’s most likely because someone is selling production rejects or stolen merchandise.

Here’s a quick checklist of things to avoid:

2 – Pace Yourself when Buying 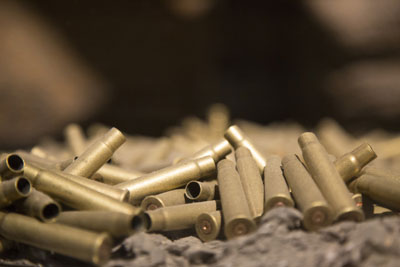 While ammo isn’t regulated the same way guns are, buying too much too fast can still draw unwanted scrutiny from the government.

In California, law enforcement agencies used records from ammunition sales to federally prosecute citizens and seize a total of 84 firearms. In many instances, buying ammo leaves a paper trail that goes directly to your door and this is especially true when buying bullets online.

Slowing down the rate at which you buy ammo can not only protect you from government persecution, it also gives you time to verify the quality of the ammunition you’re buying.

3 – Store Ammo with a Drying Agent

It’s possible that you have an ideal place to store your ammo in your home already. Like survival seeds, ammo storage requires low humidity and cool (but not cold) temperatures. 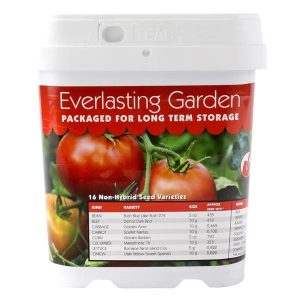 Once you have a good location, put ammo you intend to store in air-tight or vacuum-sealed containers along with some kind of drying agent.

Clay desiccants tend to offer a higher adsorption capacity than silica gel packets, but they are also more expensive.

In a pinch, you can create a homemade desiccant using uncooked rice and salt. The rice will absorb moisture effectively, and the salt will help preserve the rice.

Obviously, you don’t just want to dump a bunch of rice and salt in with your bullets, but you do want to package the salt and rice mixture in a breathable material such as tissue.

4 – Check for Signs of Corrosion Often

Even if you follow the tips above, you’ll still need to keep an eye on your ammo storage.

It’s a good idea to treat your ammo the same way you treat canned food or any other perishable item that’s put in storage. Conduct a test roughly every year to check your oldest ammo for signs of corrosion.

Rotation is another key to successful long-term ammo storage. Make sure you mark dates on the ammo you store so that you can rotate your ammunition and use the oldest ammo first.

To sum up, be sure to practice proper ammo storage so that you don’t risk damaging your stockpile of bullets before SHTF.

Note: In case of an ammo shortage, you need to have other self-defense weapons at your disposal.

A tool like the Survival Neck Knife makes a great addition to your EDC and offers complete disaster preparedness.